King’s Dominions: WE WENT THERE

Devil’s Backbone: WE WENT THERE 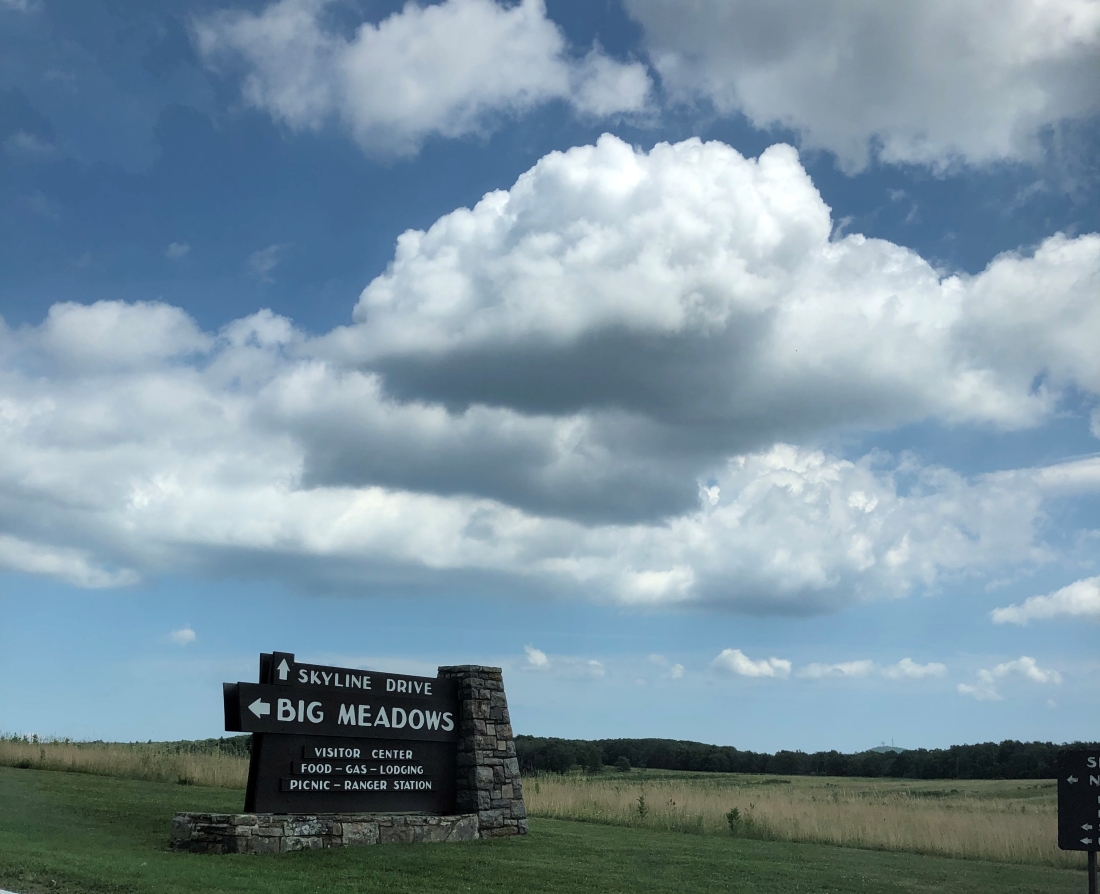 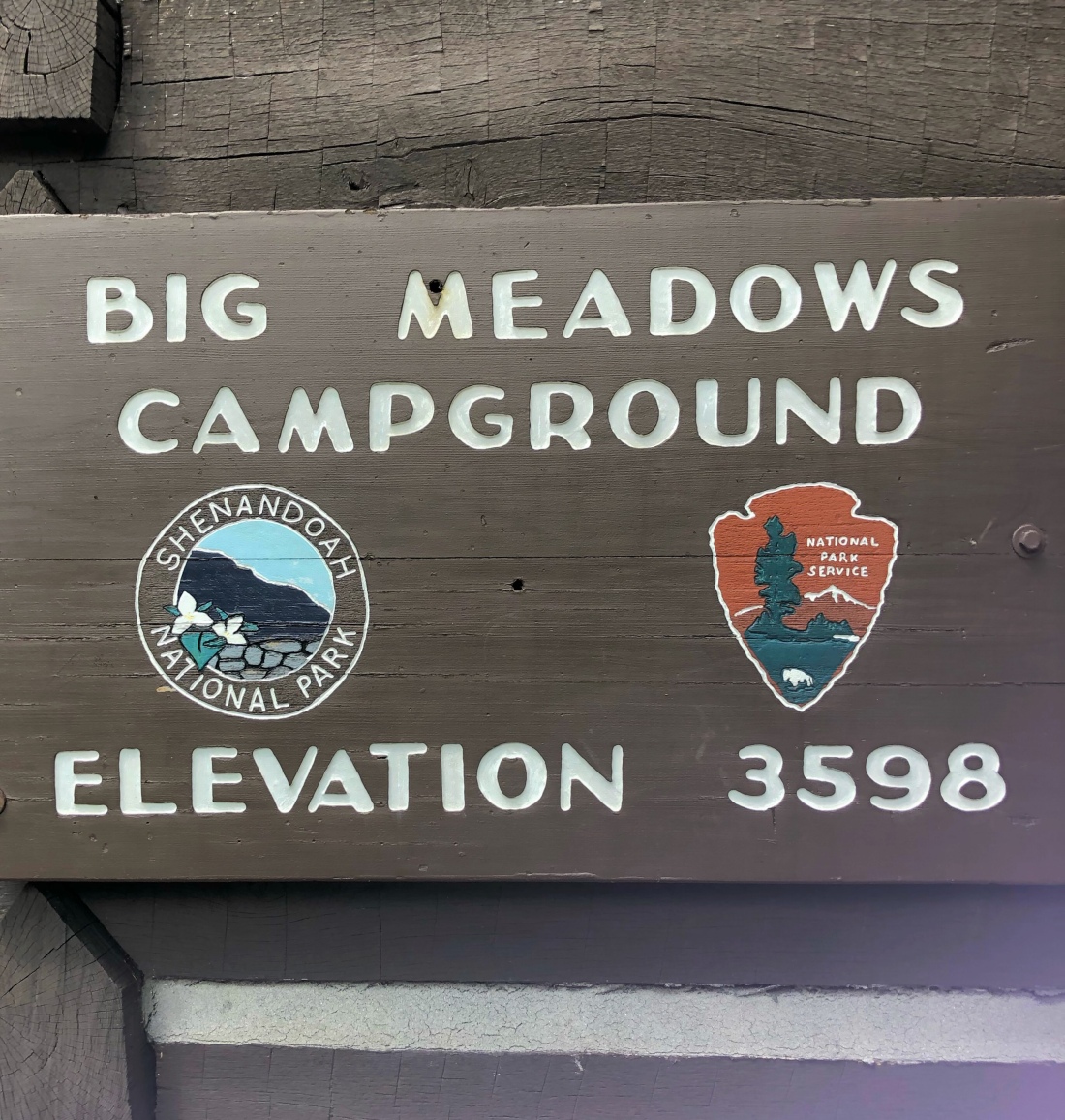 Okay so Devil’s Backbone, you briefly heard me say we were in a non-electric site. That was our “dipping our toes” version, as our site was pretty much direct sunlight during the major hours of the day, and it was only two nights. Shenandoah, on the other hand, our site was a liiiitle more shady than we had expected, and we were out for three nights. I suppose it is important to note that sunlight, and therefore solar power, is important for us when we are on non-electric sites. Same page? cool.

Right off the bat, we arrived on a cloudy day…

Big Meadows is in the mountains…

We got sunlight, on a lucky day, anywhere from 10:30-3, though you’d be surprised at how much power is still produced on an overcast day.

Nonetheless, we immediately went to exploring; checked out the lodge, a short walk or drive from our campground; and ~hiked~ Black Rock summit, the highest point in Big Meadows. Mind you, it’s only a 0.2 mile climb off the lodge parking lot; but it was still one of the best spots you could find.

So great of a spot, we decided to go back for sunrise…

(John with a Shocktop and Mozzarella Sticks- this is for you: )

We briefly went back to sleep before deciding to spend the day making our way through some park highlights.

this was a great hike. 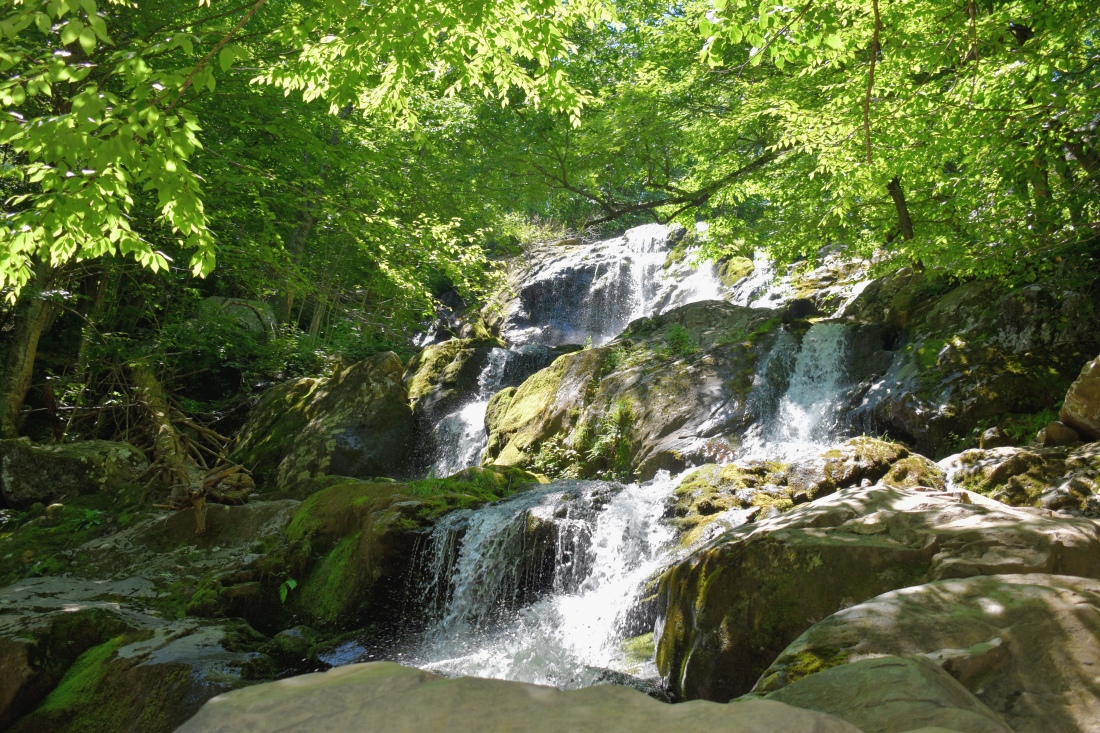 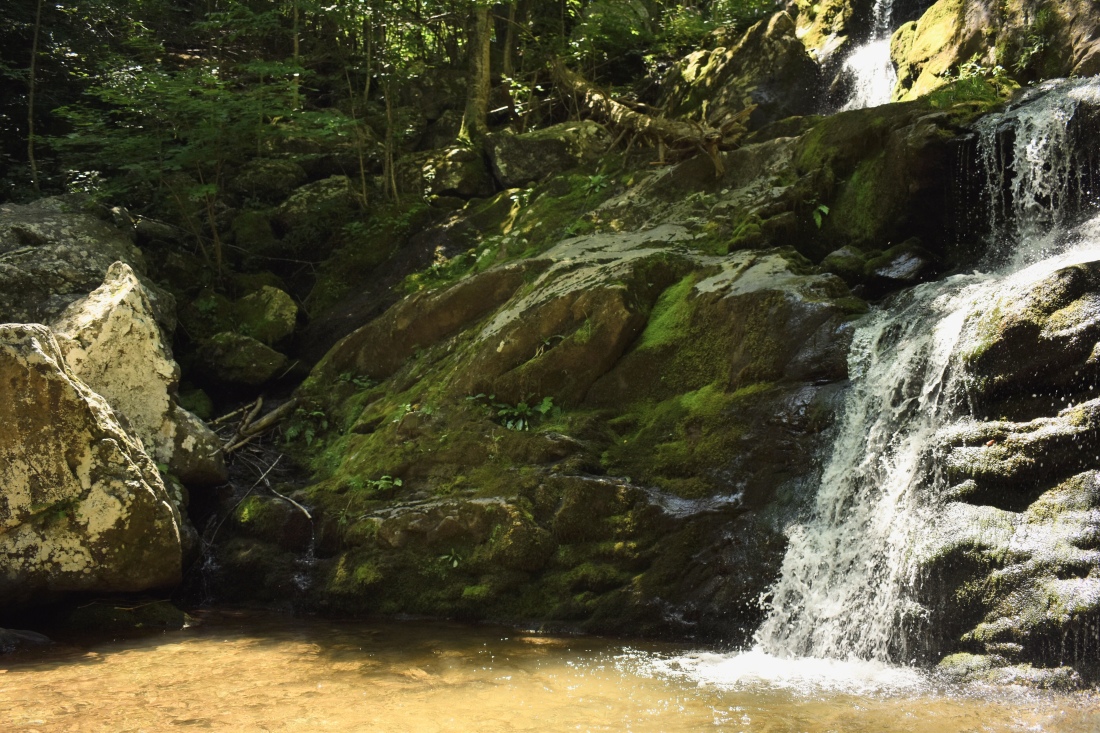 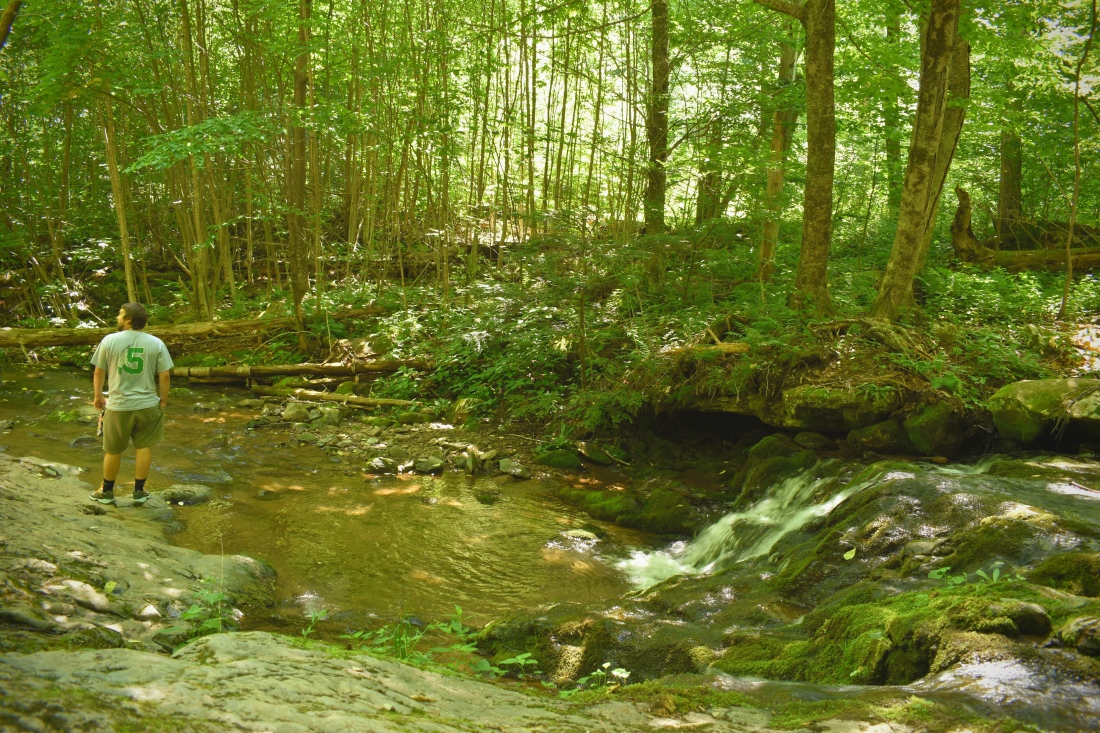 At 1.4 mile round trip, it was a strenuous climb back, but the waterfalls along the way are worth every huff and puff.

After the 2 hours or so spent on the Dark Hollow Falls trail, we decided we’d just keep driving Skyline Drive until we wanted to come back. We ended up making it to Panorama before deciding to head back for dinner.

I don’t remember exactly, but I think we each ended up having a can of Progresso soup or the Aldi knock-off equivalent.

That night we met a verrrrry interesting man. We’ll get to talking about him some time…

But he suggested we check out mile marker 21 for an incredible sunrise or sunset.

We took his word for it, and tried both. We reallllly tried to get up that next morning, the strength was just not there. BUT we did make it out for sunset, after spending an afternoon at camp and at the lodge (TRYING to get the computers to work!!!)

On the way out we saw two bears!!

Unfortunately I only caught the 2nd one on camera as they crossed the road!

It took about an hour to get there from Big Meadows, but boy oh boy was that interesting man right about those views. It’s an almost 360 degree view of anything and everything down below.

It was a little cloudy that night so the colors of the sunset were a little lacking, but lemme tell ya… There’s something amazing about looking at the layers and layers of mountains in the distance.

Devon made a comment at one point that they look waves drawn in a children’s book. I’ve never been able to look at mountains the same. 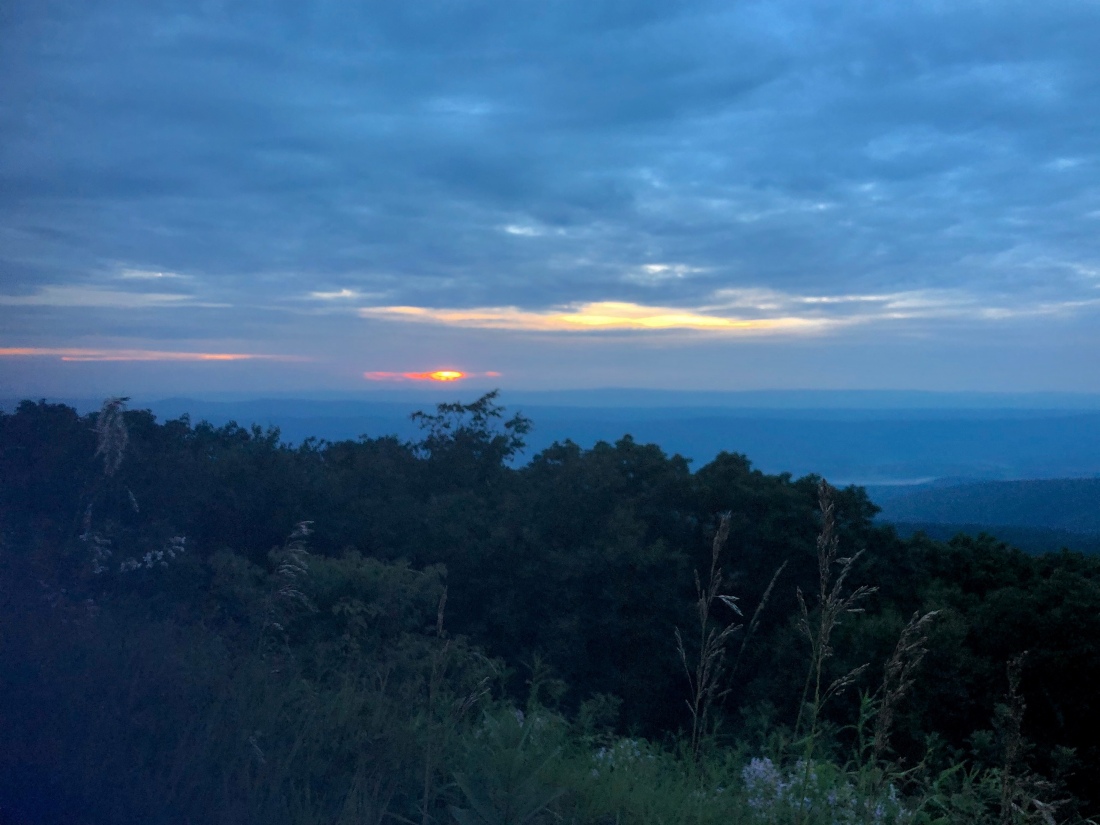 So like I said, Mile Marker 21, the 360 incredibleness, was about an hour from us.

The sun rose aroundddd 6:15/6:30. If you know anything about sunrises/sunsets, it’s the moments before and after that “announced time” that are the most magical.

Where the colors are unlike anything else.

So with that being said, we got there around 5:30AM.

Oh, also, it could have something to do with the fact we had to get gas somewhere out in Luray. Just so we’re clear, that’s 30 miles away from Big Meadows. The gas light came on probably half way down Skyline Drive. Oh, and the speed limit is 35. My heart was panicking, but alas, you apparently cannot let the gauge fool you, as the going ups and downs along Skyline Drive were making it appear as EMPTY for a lot longer than I would have liked 🙂

Lesson 3 kinda: ALWAYS make sure your tank of gas is full before entering a National Park, you never know how far civilization is. (especially because there is no service).

After sunrise, we drove back to camp to start packing up.

Can you believe we survived 5 days on nonelectric sites??

Now, even though they were nonelectric, we were still able to run our fan, tv, and anything else DC powered. So the fridge was out, but we have a cooler that we would rotate stuff from the fridge into the cooler as we used it.

From Shenandoah, we were on the road once again.

We passed through Front Royal for lunch at Spelunker’s. I kinda go with the flow when Devon has been to a place and I have not, so we each had some kind of cheeseburger and fries. Both were delish, though Spelunker’s is also very popular for their custard and milkshakes. We were too full to give either a try, but it’ll be the first thing I order if I come back!

By mid afternoon, we arrived at our first Homebase pitstop: my mom’s house in Purcellville.

The first 24 hours we spent catching up with my mom. Friday night, we took Devon to Monk’s BBQ and watched a banjo, bass, guitar and fiddle band. He had the Korean burnt ends, I had the regular; again, both were delish! The true King of Good Taste, though, was that mac and cheese…T Owen, if you see this please know, you’re doing a phenomenal job pitmastering, but that mac and cheese might have your whole place beat. 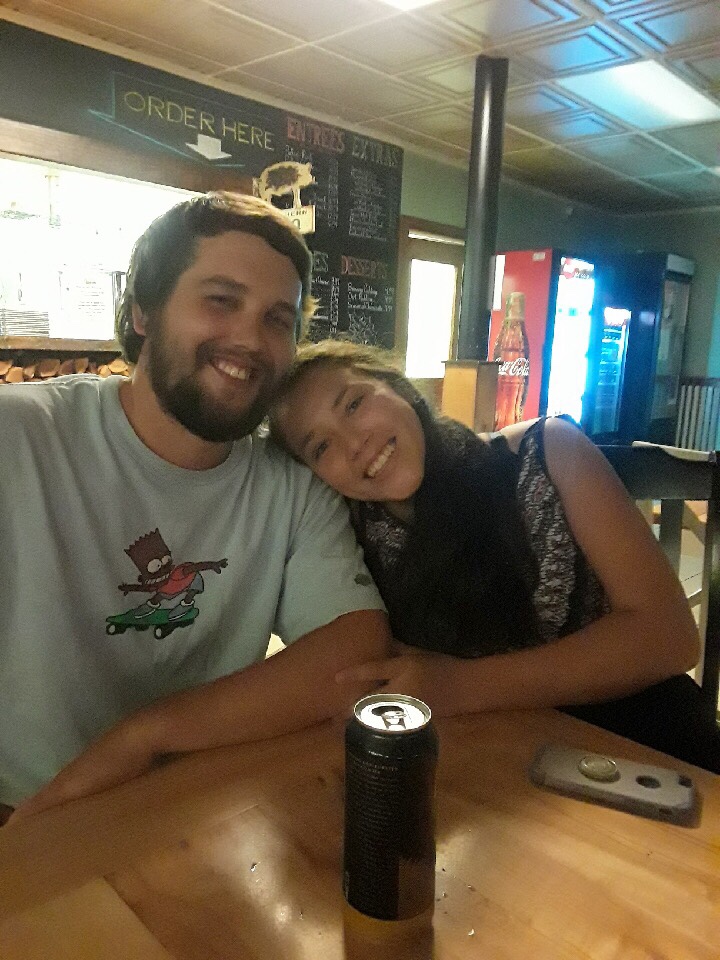 The next day, my mom, Devon, and I made the short 30 minute journey to good ol’ Charles Town Races and Slots to meet up with Devon’s parents and grandparents.

Janie, Rink, Granny and Pop- Thank you guys for a great night of fun! I know my mom had a blast playing and we came out $10 over, so what more could we ask for??

(I promise that’s not me yelling)

2 days later, we took my mom on another trip; this time for a little bit longer and a little bit further away: our family ‘s condo in Atlantic beach, NC! And as a double surprise, we were meeting our friends from Canada, Rachel, her mom, Beth, and her grandma, Shirley.

Showing is easier than telling.

One sentence? We’ve been meeting up with this lil fam bam at the beach for a long time.

Thank you guys for being the perfect addition to this trip!

One week later we were back in P-ville!

That last weekend before we left, we took Devon to his FIRST fair!!!

Where all things 4H thrive. 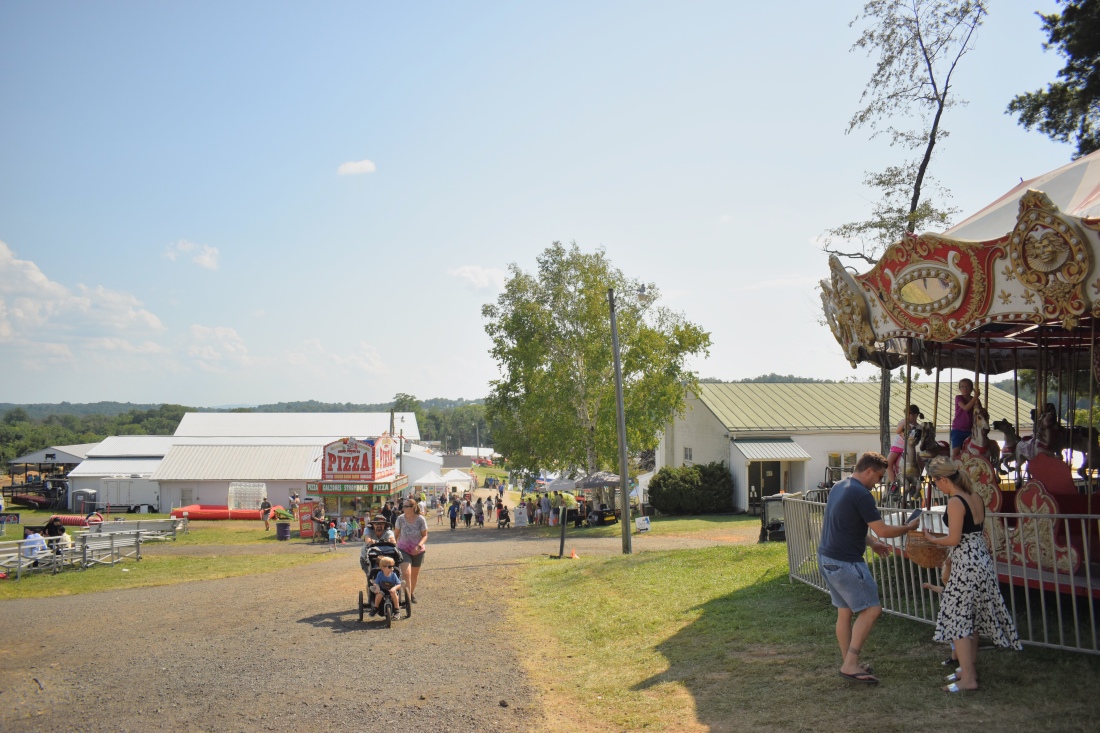 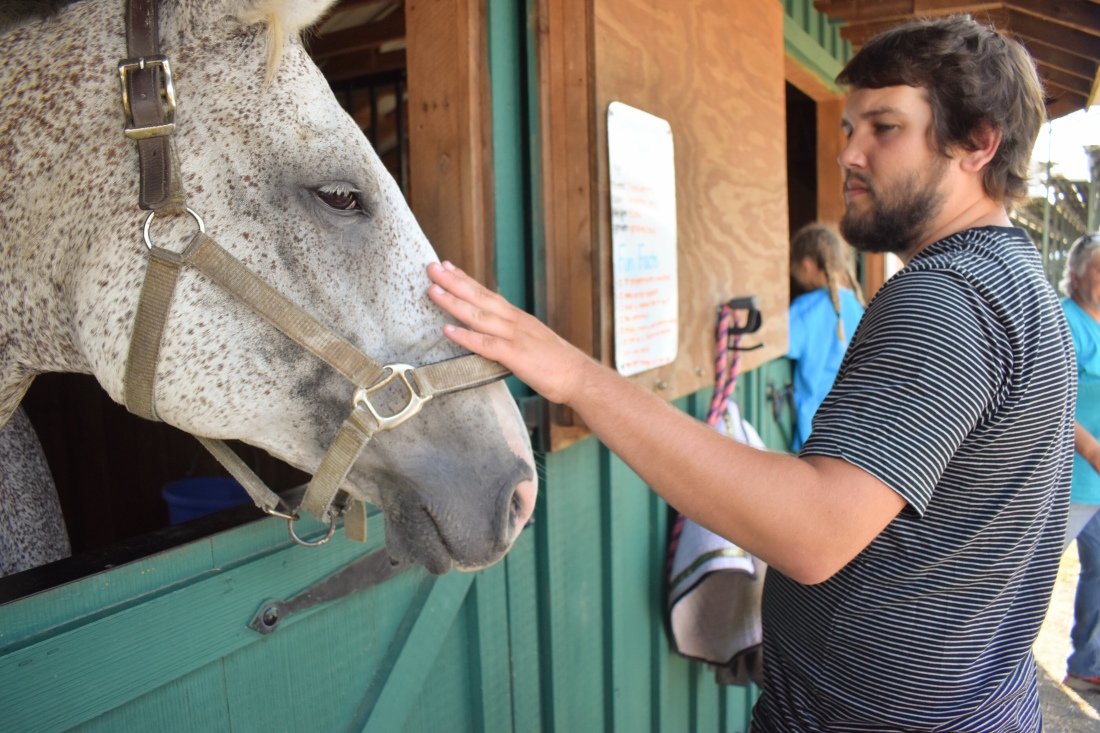 ~any stranger things fans out there~

We even say THE Ms. Ketterman, of Leesburg’s Ketterman Jewelers win the Kiss A Pig Contest 🤪 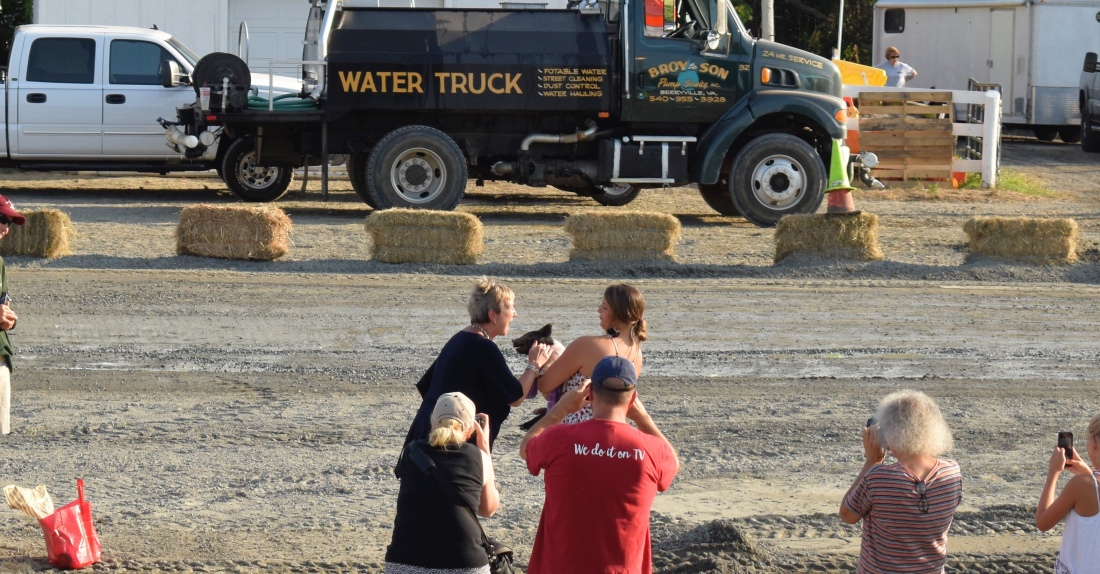 Of course we had to make a trip out to Vanish. AND I got to see my beloved Tater Tot, Victoria Perry.

Thank you tater for coming out, and thank you lauderdale for picking her up!!! Xoxo times a million ❤

As one final, “wow, yeah, I’m the best daughter there is” effort, I decided to tackle garden in the backyard; while Devon tackled the bamboo that grown from the neighbors yard, into my moms yard (Rink and Janie- yep, he put that machete to use!).

As for the garden, the easiest way to describe it: when my mom bought the house, there was clothesline hung, chicken wire fencing, and wood planks all left from the previous owner; it had become overgrown. Devon did an incredible job getting the things I was afraid to touch and my mom was the BEST collector of everything that came out.

Point is-we all put in a lot of work that weekend and did a great job.

somewhere along the way

Devon noticed a questionable spot on himself first…and told us to be careful when we went out (workin shifts, you know how it goes).

I LOOKED AT EVERY SINGLE THING I GRABBED

and I can honestly say my best guess is poison sumac.

so we discovered this HORRIFIC fact

the day we left my mom’s house for Hershey, PA. 🙂

I’m still itching and I’m pretty much over it.

But we’ll come back to the poison ivy…

we’re gonna take a break because I talk too much and I want to tell you everything about our last week out!

We still have a few more exciting things to show you before we finally get caught up, but we’re getting there…slowly but surely.

*Big Meadows: Kevin springer! If you’re out there! First of all, you’re one of my few bar guests that I very much so hoped to see before I left for this trip. I want to thank you for the suggestion to camp here. Because of you, Big Meadows has been on my radar since day 1; never even considered camping anywhere else! Thanks my dude!!

Give me a couple more days and I’ll tell you all about Hershey, LANCASTER!!, and making our last homebase pitstop! 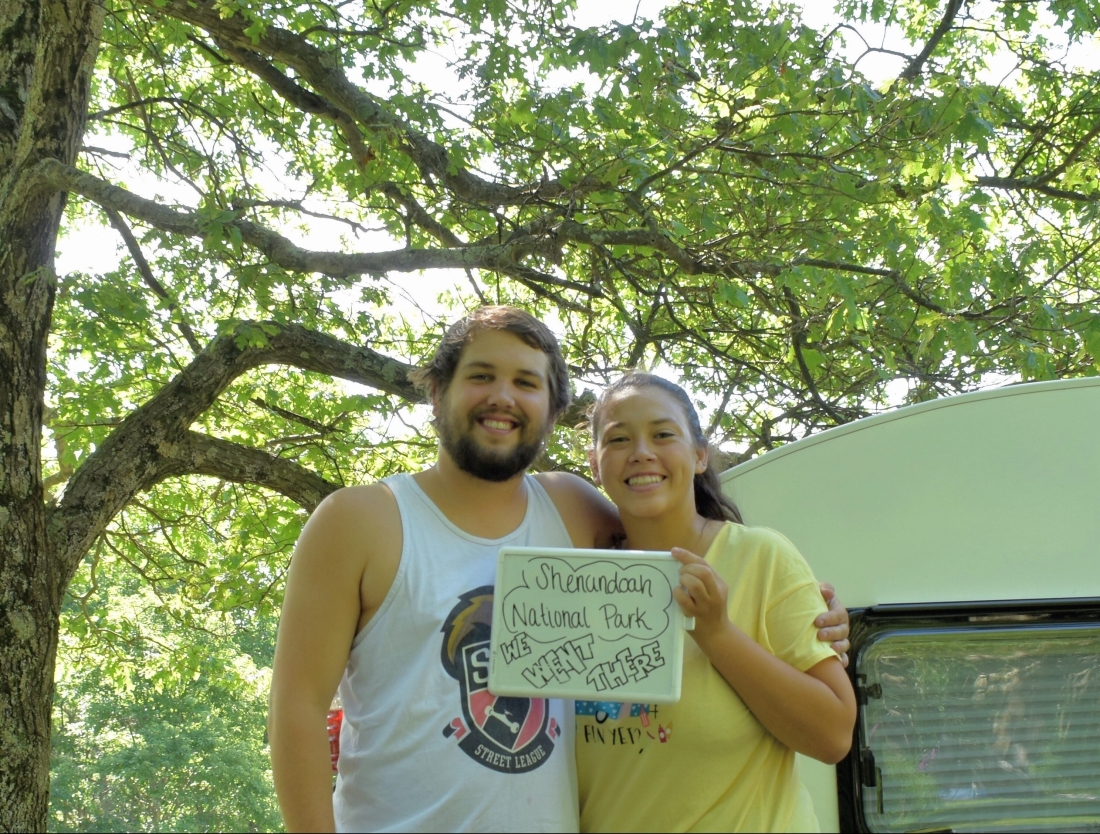